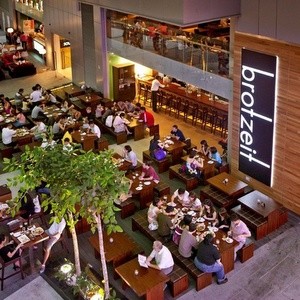 Brotzeit outlets have an engaging, chic décor throughout, with German-inspired wooden benches and a long, wooden bar counter.

The meals are designed to reignite traditional German fare in new and bold ways, but done using only the highest quality, authentic Germanic ingredients.

Among the highlights of Brotzeit is Singapore’s widest selection of German-imported beers, served all day long and made according to time-honoured beer-making traditions. 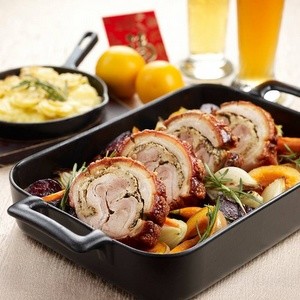 In this regard, the drink menu has refreshing lagers, pilsners, wheat beers, and dark beers from the finest German breweries.

In addition to dinners, you can also visit the restaurants for German-style breakfasts and lunches.

As a German casual dining concept, Brotzeit was conceived in Singapore during 2006, and today, there are outlets also in Vietnam, China, Hong Kong, Malaysia, and Philippines.

The restaurant’s name, “Brotzeit”, comes from a typical Bavarian expression, where “Brot” is German for bread and “Zeit” for time, a reference to a cozy meal with fresh beer.

The company’s Facebook page provides, for example, highlights from the menu and information about current Brotzeit events.