Owned and managed by RE&S, a regional food service company, the restaurant is a specialty shabu shabu restaurant featuring an assortment of pork dishes with different soup bases.

For the dishes, the restaurant uses only premium, imported meats and ingredients, such as Japanese Kurobuta (black pork) & Japanese Wagyu, which come with high marbling content that gives a juicy and chewy texture to the food, setting you craving for more. 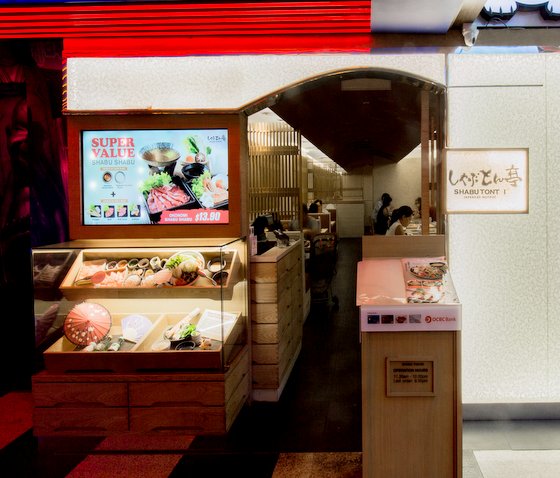 While at the hot pot restaurant, you can, for example, gently stir the thinly sliced premium meat in a pot of bubbling konbu dashi (broth made with kelp) and dip it in the citrus ponzu or sesame sauce, then perfectly end the delicious meal by pouring a bowl of rice into the remaining broth to make delicious zousui (Japanese porridge).

The Shabu Tontei Japanese Hot Pot in Singapore outlets are owned and managed by RE&S, which also manages a portfolio of other Japanese dining brands.

Among these other brands are, for example, Kuriya Dining, Ichiban Boshi, Ichiban Sushi, Shimbashi Soba, Wattention Plaza, as well as Kabe No Ana.