At Shinzo, which translates as ‘heart’ from Japanese, the seating layout has been designed to facilitate interaction between the chefs and the guests, as well as to encourage conversations between strangers.

In preparing the delicious meals, Shinzo utilizes only the freshest ingredients flown in directly from Japan, and, as the ingredients varies with the seasons in Japan, so does the restaurant’s menu.

To push the envelope of culinary creativity, Chef Chia does experimental takes like fusing non-Japanese ingredients such as foie gras and century egg with traditional Japanese cuisine. 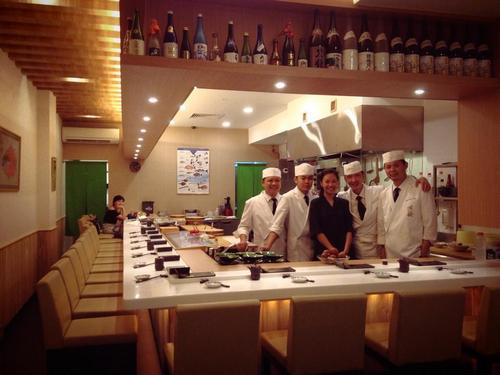