Established in 1981 in Korea, Yoogane is one of the most popular Chicken Galbi restaurants in the company’s home country, especially Busan, where the chain originally opened its first outlet. 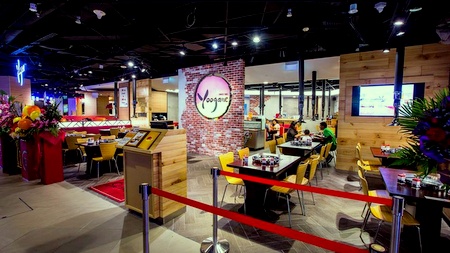 Yoogane is known for their unique blend of sauces and seasoning, which have been perfected over the years using top quality, fresh ingredients.

You can also order side dishes and a range of beverages from the menu, including Korean specialties such as Hite beer, Cass beer, Korean rice wine (ume makgeolli & makgeolli), Chamisul soju, Yakult soju, as well as Yuja soju.

The official Yoogane Singapore Facebook page is available at www.facebook.com/yooganesingapore.

Following the Facebook page, you’ll stay updated on the chain’s latest menus, promotions, announcements about operating hours, and much more.